Any information will help please

Would you believe I only just got back from the emergency dentist about an hour ago? I had to feed the dogs and give them a little walk - they thought I’d deserted them.
What you say about black lung is ringing a bell with me - I think there was a nationwide settlement scheme for all miners who had it. If that’s true, there must be some sort of fund somewhere - with miners the way they are and the industry being what it is. The problem is that it will be different in England and Scotland because of the different legal system. I vividly remember the strikes in 1984/5 when Arthus Scargill took on Maggie Thatcher and Maggie Thatcher won… It was a horrible time.

I’ll try to find out more tomorrow. Meanwhile, here’s a picture of my dogs playing on the beach. There are beaches all around here, and a lot of them stay empty for a lot of the year: 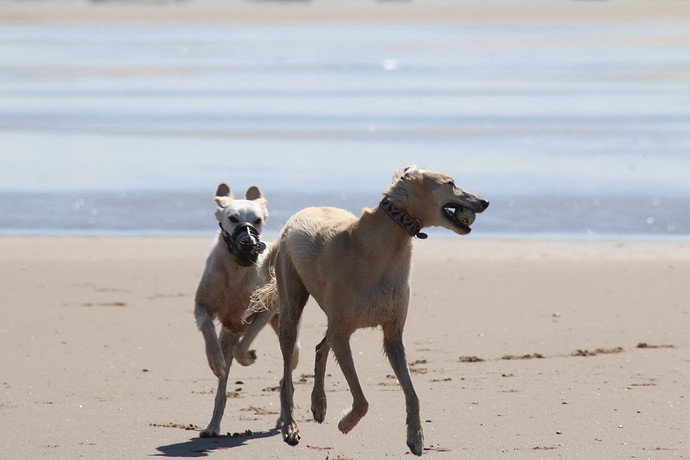 Hi Christine I hope your mother is ok after the dentist that is a lovely photo of your dog’s they are beautiful it looks a lovely day out the beach really does look quiet I had been in touch with the citizens advice but he said if my brother wasn’t a miner he couldn’t get his ashes put in with his grandfather i just received a letter I got told about this on hear so I tried them but they can’t help either I can’t afford to pay money to Weston union it’s a lot of money to pull out when you haven’t got any savings I thought my brother would have been put in with him grandfather but I didn’t know anything about this kind of stuff at the time when my parents past away my uncle took all my dad’s money at the time I couldn’t read so I signed everything over to him after him and his sister my aunty had several holidays to l las Vegas he past away 4 years later with cancer his children received the money that was left , I really don’t know what to do next this is the letter I received I really appreciate all the help and advice and been so nice to me I feel better since I started righting my story thanks againemphasized text 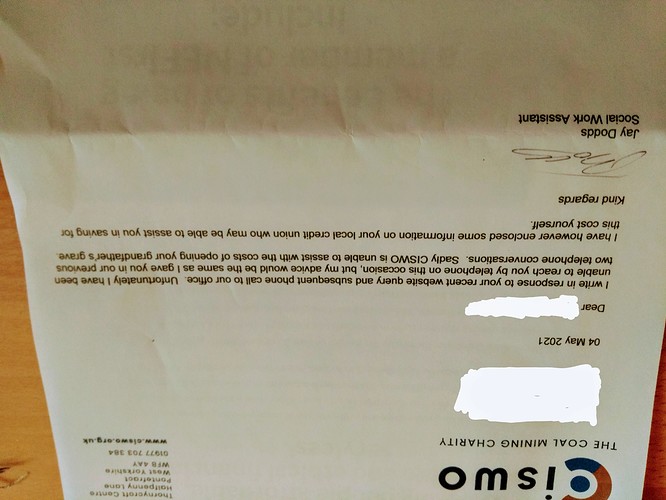 It sounds like you’re in a similar position to me - people are giving you the ‘run around’, rather than helping you to resolve the problem. They are simply sending you to someone else.

I’m in a position like that with the hospital who treated - or failed to treat - my husband. I’m asking for answers, rather than money, but it boils down to the same thing.

Have you tried your MP? MPs have a constituency office that’s open during the week - Monday to Friday. You could ring or, if it’s easier, send an email.

As for signing your father’s money over to your uncle, who advised you to do that? It’s a very complex issue, and it might be impossible to resolve because it looks like the money has been spent, but if you felt, for whatever reason, that you couldn’t take your father’s money, then someone - e.g. a court official - should have overseen the process. I have something called dyspraxia, which is similar to dyslexia. When I was a child, I couldn’t write at all, though I could read. I was lucky because a neighbour who was a teacher realised what was wrong with me, and gave me special classes. I am naturally ambidextrous, but my primary school made me write with me right hand, which my parents were not happy about, but at the time they could do nothing to change it.

All I can say is that I am willing you on via this website - I usually check in once a day, so please PM me if you’d like my email address or anything else.

hi Christie it sounds like you are not having it good at the moment I’m really sorry to hear about your husband I no what it’s like about wanting to know I keep calling the coroner about my brother it could take weeks it’s not nice not noing what happened with the receptionist at my doctors saying that my brother couldn’t have an appointment for a couple’of weeks I keep thinking if had his medication he could be still hear we both tried to get him appointment but I think buy the time the appointment came I just don’t know what happened I never seen any insulin in his bungalow I keep thinking could of I done more or should of I seen something different but it’s to late he gone they give him a flu shot he said he had a bad head his two friends had been helping him in his bungalow they keep saying you couldn’t of new we didn’t it’s really bad everytime I think about it, I really think you are a special women everything your going through and you had done a lot to help me you really are special I hope you get the answers about your husband I can’t imagine what you’re going through and thanks very much for being hear for me i.will speak soon my friend xxxxx

I am going through the same thing with Jim as you did with your brother. We’re both wondering if we could have done anything more than we did, which is, I’ve been told, natural when someone you love has died.

A lot of the problem is - I think - simply COVID. COVID rules have made everything so much more difficult for everyone. The coroner is ‘considering’ whether to have an inquest over Jim’s death. At least, I think so. The coroner’s phone often goes straight to an answering machine, and at other times you talk to someone who doesn’t know what’s going on.

I saw a psychologist on Friday. It was very strange. I cried for most of the time, the psychologist just listened. He then said, how am I going to help you to find a way through this? He said he’d often seen people in the same position as I am, grieving the death of a loved one, whilst at the same time trying to make sure that our loved one has a decent memorial. The first part of this is emotional, the second depends on practical things like money. The psychologist said it created a conflict within you that feels like a whirlwind.

That made sense to me. You and I are both struggling with this, despite our own problems. You have a really big heart, you care for others, that makes you special and precious. I’m really glad that you have come into my life. Take care of yourself, we’ll speak soon.

← previous page
Back to top