Are these feelings grief or is it guilt

We all feel the grief of our dreadful loss but how much of our suffering is caused because we regret that we didn’t do more, or understand more than we did. How much of it is remembering them in hospital when they didn’t deserve to be there in pain. Maybe the suffering we now feel is pain for them and how helpless it left us. The disbelief that we couldn’t help them more than we did will always stay with us. We probably did more than our best for them. If we couldn’t have saved our loved ones it is not guilt as that can mean neglect but regret which is something that is out of our hands. It is time to realize that everyone of us feels we could have done better - but in all honesty I don’t think we could. Our loved ones are saved from the suffering that we are going through so we must at least be grateful for that.

@Jean2. I don’t think it would matter how much we did for them there will always be guilt. The guilt that we are alive and well and they are not. I feel that every day for the last 8mths but it doesn’t help. We have to be grateful they are no longer in pain and are free to love us from afar. I do believe that. I hope you find peace in that thought. We are all on a journey and it is not on a train but a rollercoaster of emotions.
Shona x

You’re correct in what you say. Most people who are guilty should not be, and I am glad you have no guilt.

I however am never going to make excuses for the times when my dad asked me the same question many times because he was getting old and I sighed as I answered, or the time I was taking my dad for an appointment and he was trying to make conversation, and I wasn’t. The time my dad raised his voice at me, because he was frustrated due to his ill health, and I answered in an impolite tone.

Yes, I was very stressed, and depressed, at seeing the man who (with my mum) I love more than anything else, deteriorating, but that was no excuse, and I will never forgive myself till the day I die for the way I behaved. I have guilt, and I should, if I didn’t, that would mean I don’t take responsibility for my actions.

@Abdullah I know I am the same looking after my parents after trying to get them to do something yesterday I was frustrated and said “I’d be as well looking after a pair of toddlers. I felt awful later but as you say stress and worry and feeling sad all contribute to us doing and saying things we regret but we shouldn’t feel bad about it xx

Shonz, your husband died, you have two sick parents. If you sometimes say something to them that isn’t very kind, you have an excuse, and shouldn’t feel guuilty. I had no excuse for raising my voice when my dad couldn’t understand me and kept repeating himself. None.

@Abdullah, Stress & frustration is an excuse and never forget that. Please don’t beat yourself up about it. X

How do I try to move on. My husband dies 7 weeks ago

@Allsopp56, I am 8mths done the line and you don’t move on and especially as at the moment it is raw. All I can say is it’s a rollercoaster ride of emotions. Some days will be not too bad and others are unbearable and there is no pattern to it but one day you will look back and realise, without actually noticing it, you have had less unbearable days. Unfortunately everyone’s grief is different so I can tell you when that will be for you but one day it will and that’s the day you realise you are moving forward. I truly hope that helps and stay in this group as we all help each other through those dark days.
Shona x

@Abdullah you are only human. You are allowed faults and frustration and anger is one of them and something we are all guilty of. I snap at my children and husband. It doesn’t mean I love them any less. It’s just life

@Jooles45, yes we are all humans, but the difference is you snapping at your husband and kids is just part of everyday family life. They are, thankfully, not ill, and if you do snap at them, even when you shouldn’t have, on an ethical scale, it’s just one of those things. My dad was dying. I knew it was wrong to speak to him in a rude tone. Yes, I was very stressed and depressed at what was happening, but I could have controlled my behaviour.

A few months before he died, I had gone to visit, and locked my keys in my car. It was 9pm, and I didn’t want to stay with my parents, so I told mum through the window that I will take the train home. I walked 45 minutes to the station, it was cold and I had just a t-shirt, then took the underground, then took the train out of London back home. When I got out of the station there were some people arguing, so I had to take a detour to get past them. It was all very stressful. When I phoned mum as I was about to get home, she said dad is shouting, he is really upset. My dad hated people travelling at night on public transport, he was a worrier, so when she gave him the phone, he was shouting at me that I did not stay with them. He was so confused, he was asking me if I took the train or car home, obviously I took the train as my keys were in the car, but he was confused, he was starting to get a bit senile. So I told him eventually that he shouldn’t be shouting me, that he should realsie how stressful the journey has been back home. My dad got so upset that I accused him of shouting me, he was only shouting me because he loves me. The next week when I went to visit, he apologised to me. Incredible. I should be apologising to him for being insensitive, for not shutting up when all he was doing was being upset as he was worried, yet he was apologising.

Never will I ever forgive myself for that. I agree with Jean, most people should not feel guilty, they did what they could. But not me, I could have controlled what I said, but didn’t. I just have to make sure I don’t make the same mistakes when mum gets old.

Abdullah please don’t beat yourself up. If you had thought that your Father was going to die in the next five minutes would you have still said what you did? Of course you wouldn’t. What was for him a life of slowing down and slight confusion was not the same for you. You were living in a busy stressful world that is fast paced and not geared to what you wish you had said or done differently. I feel your pain over your regret but your Dad would have known that you were coping as best you knew how. Forgive yourself, talk to your Dad and ask his forgiveness as I’m sure he is still around you. I hope that you will realize that the love you have for your Dad is also the same love you should be giving to yourself. Take care.

Thanks for your message, @Jean2, what you say makes sense, maybe we just judge ourselves harsher than we judge others. I am sure my dad will forgive me, he knows I really love him and always will. If I learn from the mistakes and ensure the same doesn’t happen with mum, then I will be content.

I was thinking the same thing as you that our loved one isn’t suffering the life we are coping with now .
Being alone in lockdown - can’t see our family - no hugs to comfort any more and worst of all seeing friends unwell, or dying and not even able to visit them or comfort those who have lost their loved ones at this time .i often think how my hubby and I would have coped if I hadn’t been able to be with him during his many hospital stays . I hardly left his side . Now if you have a sick husband who needs hospital care you leave them at the door of the hospital not knowing when you will see them again . So in some ways we were fortunate . Doesn’t stop us longing for them to be back with us though does it . Caring thoughts to everyone on this forum

Hi Abdullah - looks like we are struggling with the same type of feelings as me. I have been reassured that is all normal and abates in time. Am sure we wouldn’t feel this bad if our love for them was so great xx

I am a guilty person by nature. I feel guilty about everything. The most difficult thing I have had to come to terms with is my regret and guilt. Since my mum died.

I love this article. It helps a lot. I read it all the time 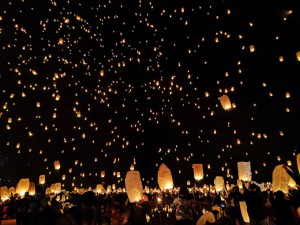 Regret can come in all shapes & forms following the loss of a loved one. Here we talk about sources of regret & how a shift in perspective can help us heal.

Some people are definitely just people who feel guilty easily over things, even when they shouldn’t. That’s a good article.

Hi @Ceri, sorry things are not good for you. Let me go and read your post and I will reply to you there.

Grief is different for everyone but I am almost sure that we all feel some guilt mixed in with all the other confusing mix of emotions that assault us randomly and with varying intensity. The one that surprised me most was anger. I know from counselling that this was perfectly normal but the intensity of it shocked me.

My Mum died if a heart attack 8 months ago and I am consumed with guilt. I did help her and see her a lot but I could have done so much more. I too rolled my eyes and sighed, even on the day she died. She rang me to say she was having a heart attack, I got to her and she died, in pain, in my arms. I’ll never get over the guilt of not doing enough and not being nice enough

Awww @gill3, I am so sorry that you lost your lovely mum and in the way it happened. You seem like a really caring daughter. I can’t tell you not to feel guilty when I am myself guilty at the times I replied in an impolite tone and sighed, but I can tell you you are human and really loved your mum and are only guilty because you loved her so much. Your mum was lucky to have you as her daughter, I hope you always remember that.

@gill3, I am so sorry for your loss and the way it happened. We can’t be there every second and at least you got to her as would have been so much worse if you hadn’t. Please try not to feel guilty as we do things with the knowledge we had at that moment. It’s fine to say what if but that’s said with the knowledge you now have. You didn’t have that at the time.
Hugs Shona x