My dad is terminally ill but ‘looks’ well. We are thinking months at best however. How and when do I introduce thy is to my 9 year old daughter?

There is a good book that I have used called “water bugs and dragonflies” by Doris Stickney, it explains death to young children, it might help?

Dear Pocket, I’m sorry to hear your dad is terminally I’ll. The book that Flower_garden has suggested is an excellent book, I actually have a copy myself. Sending love xx

It is an excellent book, Flower-garden. A passage from it was read by our son at his dad’ funeral. I am ordering it from Amazon.

Many thanks for your kindness and recommendations. I have found one book but could you possibly send a link to flower garden? I can’t find it… 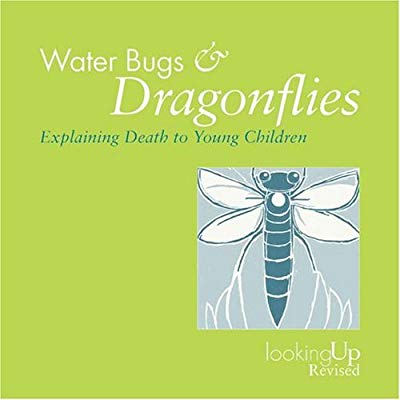 Hi Pocket,
I’m so sorry to hear that your dad is terminally ill. It is understandable that the thought of explaining this to your daughter feels very hard. We have these information pages on the Sue Ryder website, which might be helpful:
Telling a child a loved one is dying
Supporting a child when someone is dying

Is your dad getting any care from a hospice? Hospices will normally have a family support team who would be able to help support you with this and in general.

Getting support for yourself is important too, as is having somewhere to talk about your feelings. I’m glad that you’ve found this site, as our users are very supportive and understanding. Keep posting if you find that it helps.

When my mum was classed as end of life. My grandson was only 5. We had quite a few calls to get to the hospital as it was her last few hours. We cried. Tried not to in front of my grandson. Due to not having anyone else to look after him. We knew it could happen mum died whilst having my grandson with us. Mum was strong and lost count of how many times we would go in the next day and she was sitting up in bed talking away.

We told my 5 year old grandson that his great nanny was going to die. We didn’t want her to die but one of the times it will happen. We explained that we all die but hopefully not for a long time. We also explained that nanny was very unwell. And her body was getting weaker that it would happen when she became too weak to cope with the illness.

My grandson didn’t want her to die. He cried that night and told his mum his heart was sad. It was crying because nanny was going to die.

We then said. While nanny is still here. We will make special memories and visit her every day. We did. We would still go out beach etc. And always bring back a shell or a leaf or a flower from where we had been. So it was like having nanny with us. My mum loved the stories if the day and the little things we brought her.

My grandson now 7 was with us for the last 12 hours. He held her hand. He kissed her as did we. He spoke to her and said it’s ok nanny you can go rest now. Your body cant cope so let it rest. I have never seen him sob like he did when she passed. Myself daughter and grandson all cuddled. Then my grandson took both our hands and said. No more tears. I’m here for you and nanny is happy now she can walk again and talk. Shes not in pain now.

Children are more understanding than we give credit to. The lady who did the service used to be a children’s counsellor and she said it’s very important to be honest with the child. Let them cry. Give hugs. And let them be part of the final journey if they want to. Always ask what they would like to do. I hope that helps. It’s been 4 weeks since my mum died. And my grandson still talks about her. The memories and like us says nanny would laugh at that. Or nanny would like that.

Dear confused, your post brought tears to my eyes, the poor little lad, our grandson is 30 years old and he still cannot talk about his granddad. They were such good friends and very close.
I am waiting for the delivery of a book called “Waterbugs and Dragonflys”. It was written for children and explains about death, it is a beautiful book.
I ordered mine from Amazon UK, there are many books for children there and not expensive
I do feel sorry for children.
Blessings,
MaryL x

Thankfully my grandson seems to be taking everything in his stride. We are always ready for his at times strange questions and able to answer. In a child friendly way. I do think the younger ones accept more than us adults