Back home in Richards forever home he loved his hanging baskets and planters, he made our garden look lovely with all his flower pots and hanging baskets well, now it is braking my heart now as i am looking out the back window of our-my now parkhome and as i have not long taken in my early morning supermarket home delivery van items and placing some packets of biscuits in my new biscuit tin in readiness for the next month of the back garden workmen and their large driving over the grass machines, the grass is just pulled and tire marks, and mud at the moment and this was just yesterday for an hour or so’s start up work which will carry on for a good months or so now…well i was talking to my Richard that if he now saw the state of our back garden now he would be shocked even though he knew it was to be done due to the rotten and collapsing boulder logs, but he would be so shocked as shocked as i am t see our back garden such a mess, such an eyesore…we had a lovely but small square of a back garden back home, trees, wisteria hanging over the garage door, field to the back with cows in the field, birds - starlings flocking to my feeders, the water bath… oh what i would give to be back there again, both in good health and our three dogs back and forth in that garden…we truly do miss our old life which for some wasn’t that too far away but, oh how life and circumstances can change in the flicker of an eye…in hindsight the worst thing i could have done was to have moved from there, well i would not have done this if i had known what i know now…I could have gotten a walk in bath, a stair lift, in hindsight, Richard did not take kindly to our move away…I had made him also an unhappy man…

Good morning, Jackie,
Your previous garden sounds lovely, I am having a gardener come next week. I know it is a bit early and February can be a tricky month, here in the North especially. I am sorry that you feel you dragged your Richard away, but as I said in an earlier post he must have been happy to allow you to.
Take care,
Mary x 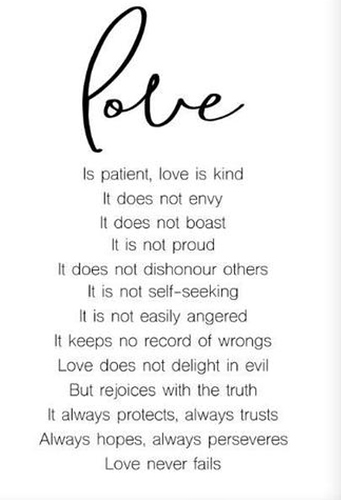 Dear Jackie, I’m sure that no matter how much Richard loved you his love for you alone would not have ‘made’ him do all these things you speak of. I don’t believe any of us are capable of ‘making’ someone do something if they really, really don’t want to do it. He may have had reservations, yes, maybe the move wasn’t his ideal either but, it probably wasn’t yours either and he would know that. Isn’t this what commitment to our partners, husbands and wives is all about. ‘For better and for worse’… !

I’m sure Richard and yourself had some happy times together after your move to the park home and I’m also sure Richard was content knowing that he had done the best for you given your unfortunate diagnosis.

Put yourself in his shoes. Wouldn’t you be content if the tables were turned. If you knew you had done the best thing for him had he had the illness you have thrust upon him.

You must start to try really hard Jackie to accept that the satisfaction Richard would have inwardly felt, knowing he had done right by you, would have been priceless to him. As it would be to any of us who had made a sacrifice for the one we love.